My name is John Yeh and I am an Evidence-based Online Coach & Personal Trainer. JY Endurance is a wellness company providing services to facilitate entrepreneurs and professionals in realizing their full health potential.

Ever since I was a young teenager I’ve been into fitness and nutrition.
At age 13 I started lifting dumbbells that I occasionally took from my brother’s bedroom. At 16 I first visited the gym (minimum age) and began going frequently ever since 2008.
Back then, I was a rookie weighing 47kg with the “dream” of packing on some weight because I felt scrawny.

I spent thousands upon thousands of hours in- and out of the gym honing my craft. I am a big believer in leading by example. Therefore, I fully embrace this lifestyle myself and practice what I preach.

Through countless hours of evidence-based research and trial & error practises I have gained the knowledge to pass onto others, and enable them to build a lifelong strong and energetic lifestyle that they enjoy. My mission is to share my passion and expertise to help busy entrepreneurs and professionals permanently transform their unhealthy lifestyle, and build fitter workplace environments. 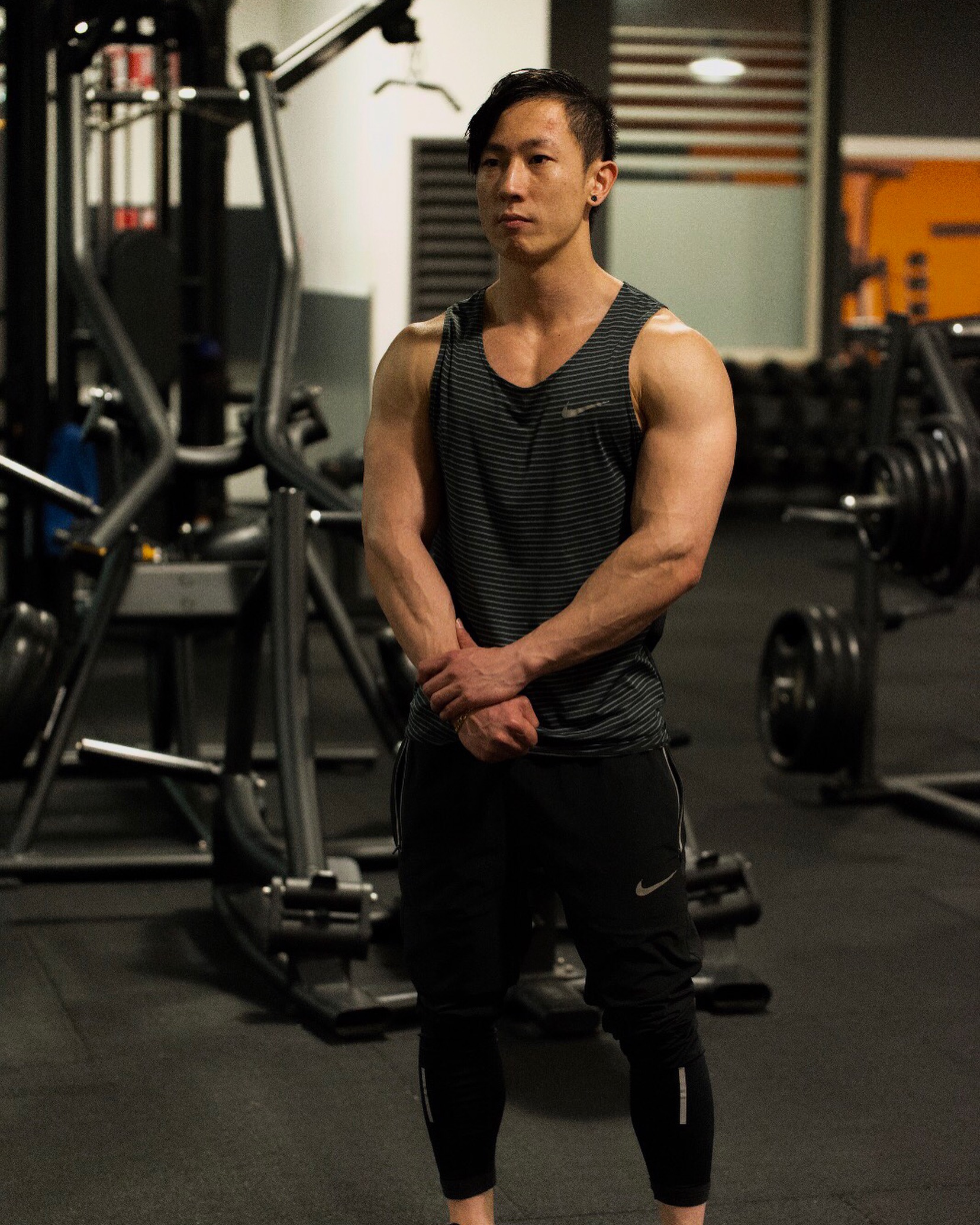 It all began around the age of 13 when I sat down, looked at my arms, and realized just how skinny I actually was. Soon after, I took my brother’s 5kg dumbbells, which I then started to use frequently  to train my non-existent biceps at that time. I also began to occasionally do some push-ups and sit-ups at home in my bedroom as I was too young to be allowed into any gym.

Around the age of 16 I first entered the gym, but I wasn’t directly hooked. It was the Summer of 2008 when together with a friend of mine I decided to try a “summer subscription”-deal at a local gym which allowed us to unlimitedly visit the place for two months. I weighed a mere 47kg back then, and I know all too well how much of a struggle it can be when you first enter a gym, and are completely clueless in where to start, what to do, …let alone what to eat?!

We began  experimenting with all kinds of equipment, machines, and dumbbells, and soon started to get a hang of it. After those two months ended, my friend unfortunately decided to quit. But I looked in the mirror and did notice a slight improvement. Although I did not enjoy going to the gym at that time, I just couldn’t help but ask myself the question “What if..?” If I can already see a very slight progress after just those two months, how would I look like if I continued taking a gym subscription and went consistently for a year? Being the stubborn and curious me, I just couldn’t live with these ‘what if-questions’ and decided to commit to hitting the gym two times per week for one full year.

After the first year had past, I stared in the mirror again and noticed another progressive improvement in my body. I was still skinny but I definitely did gain some muscles. So I asked myself the exact same question; What if I continued for another year? How would my body then look like? And so I continued to push myself to train twice a week fullbody for another year, after which I proceeded for a third year because I became addicted to progress and my overall curiosity of how my body could potentially develop. Don’t get me wrong, the progress in my first three years of training has been extremely slow (even cringe worthy I would say) because I simply lacked the knowledge regarding training and nutrition that I have today.

I used to see working out as a major task that I really wasn’t looking forward to, but just had to do before I allowed myself to do any other ‘fun stuff’. In my earlier years into fitness I have also had my downs, and even quit working out entirely for relatively long periods of one year, and another time for one year and a half. But I noticed that every time I quit training for such a long time, I slowly but surely returned to my previous skinny state again and it only made me feel worse about myself, both mentally and physically.

Ever since I returned from living in Tokyo, Japan for a semester throughout my studies (September ’14) I made a huge personal commitment to myself to exchange my bad habits with the healthy ones, and got myself back into fitness even though I felt weak and very out of shape at that time.
Once I changed my mindset and the overall relationship that I had with food & exercise, I finally began to genuinely embrace this amazing lifestyle.
In my opinion, exercise and healthy food choices should be part of anyone’s daily routine no matter how busy you think your schedule seems. Most people, if they can be 100% honest with themselves would be able to spend at least 30 minutes to one- or two hours each day (or every other day) on exercise. Unless you have a severe physical disability or medical condition that truly limits you from functioning I believe that just like the act of brushing teeth and taking frequent showers, anyone must prioritise fitness as something that balances one’s daily routine in a positive way.

As opposed to the past where I perceived training as a chore that I just had to push through, I am now more excited than ever to continue my passion in improving not only myself, but to help others live up to their true potential in this never ending learning process. Besides experiencing an enormous improvement in my health and outlook, it allowed me to overcome negativity in all other areas of life. Fitness has definitely made me a far more confident, optimistic and energetic individual. It kind of feels effortlessly for me at this point in time to maintain a balanced healthy lifestyle, plus it also allows me to eat anything that I want while staying in shape year round! You can simply make it into something that you actually look forward to as long as you are willing to change your attitude and mindset.

Fear, or the act of not believing in yourself is often a major obstacle that holds many back from realizing their true potential. The false assumption that others can do it, but that it just isn’t feasible for you because there seems to be a huge gap between your current condition and what you ultimately want to achieve is a limited belief that you are ought to get rid off immediately.

Instead of procrastinating any further, cut the excuses and start progressing towards your highest potential ASAP! If you take action today then that ‘gap’ will significantly become smaller in time, and your long-term goals would quickly feel way more feasible, and just around the corner.

I truly believe that people are capable of achieving whatever they dare to envision, if one is willing to go great lengths in making a real change.

Taking care of your health is never a waste of time. Time spent on pursuing vitality will only accumulate further into higher levels of productivity, more energy throughout the day, and an increase in overall happiness.

Once you start noticing progress, you begin to fall in love with the process. If I can do it, why can’t you? 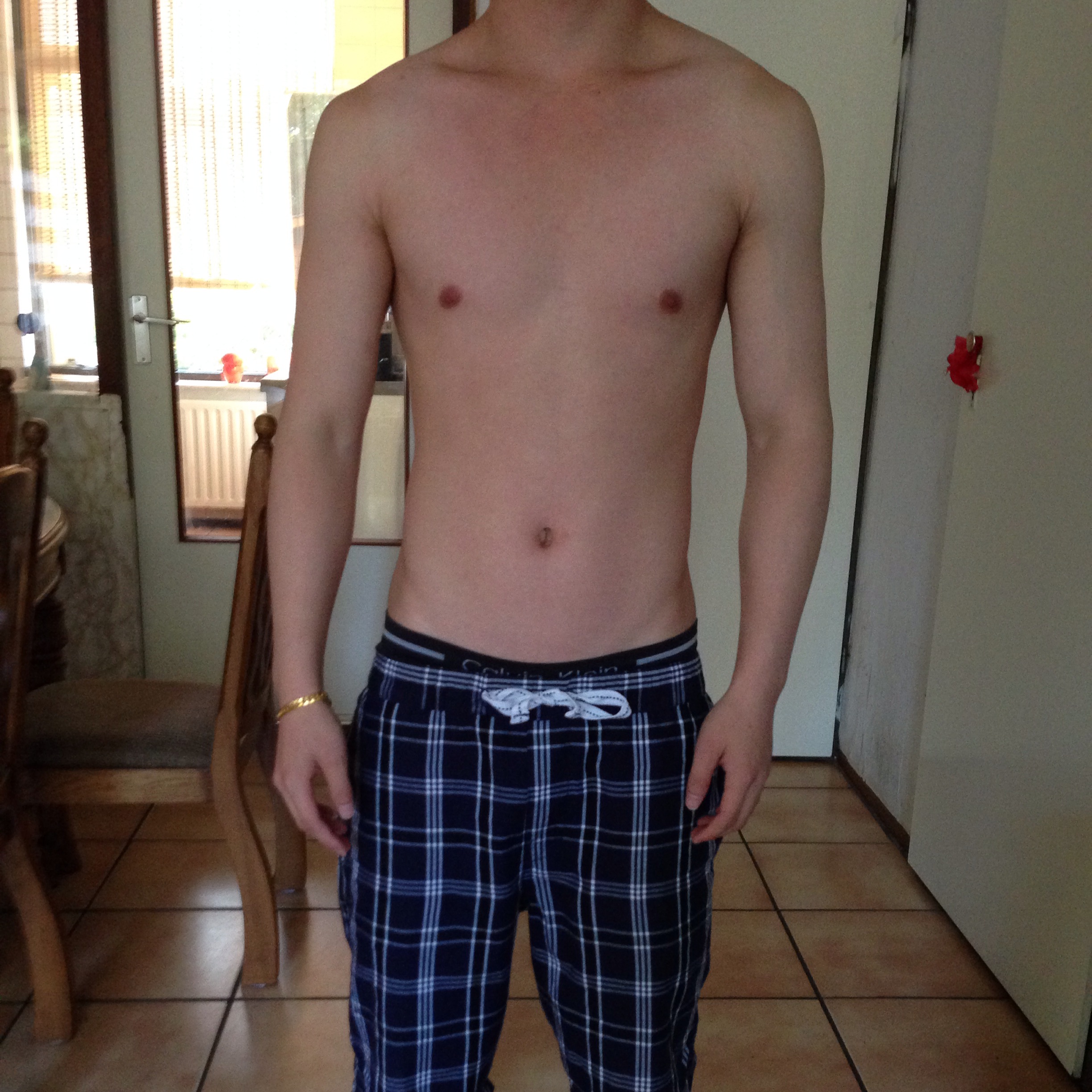 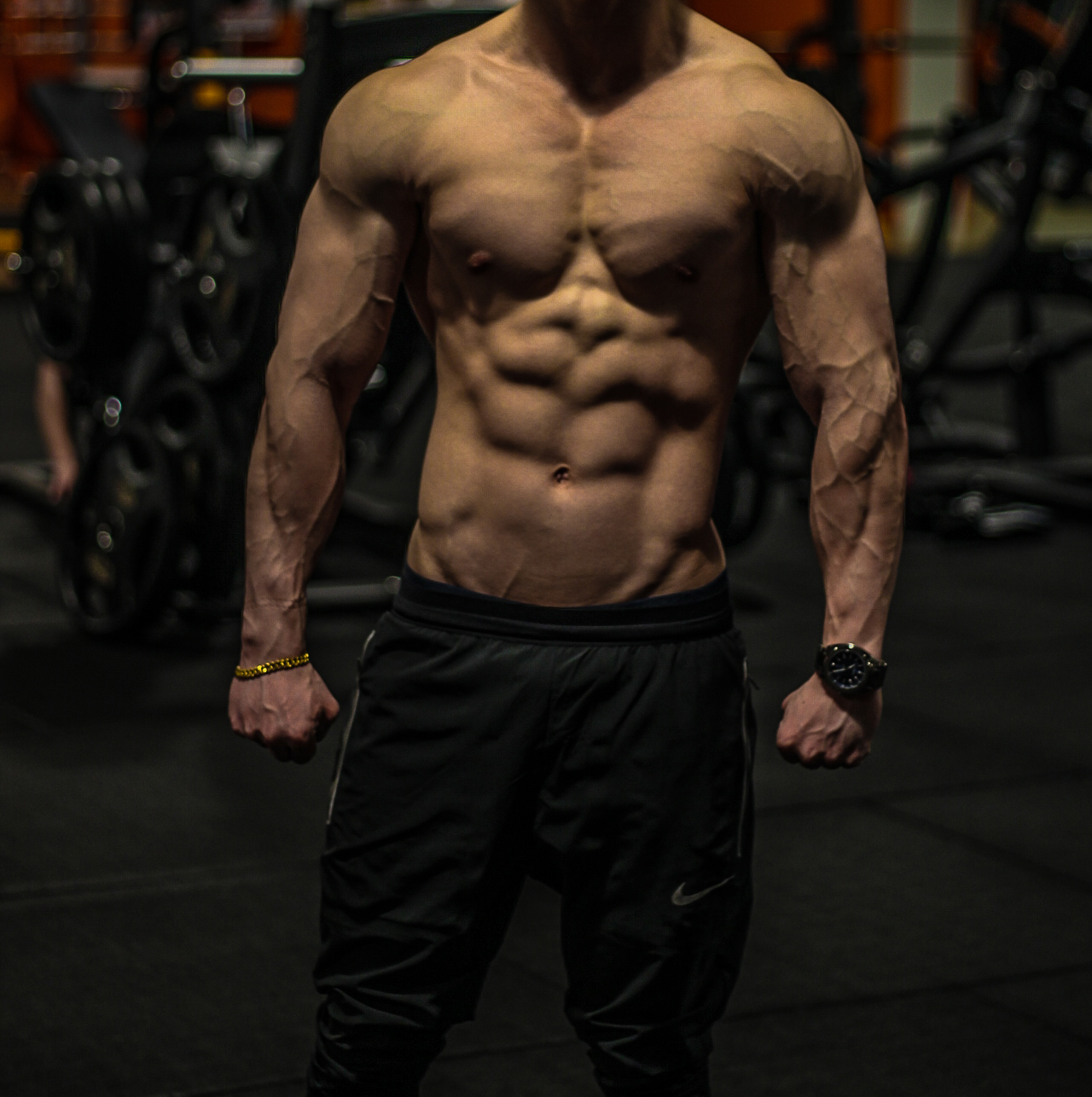 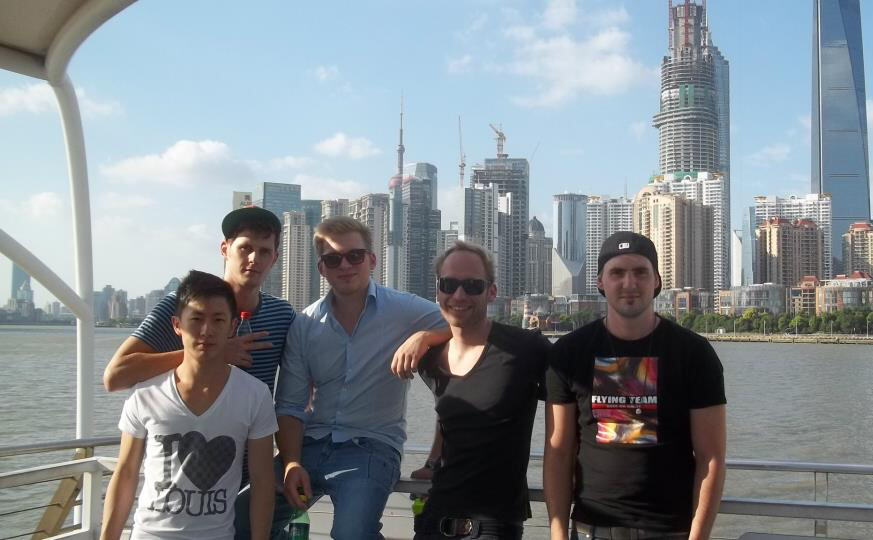 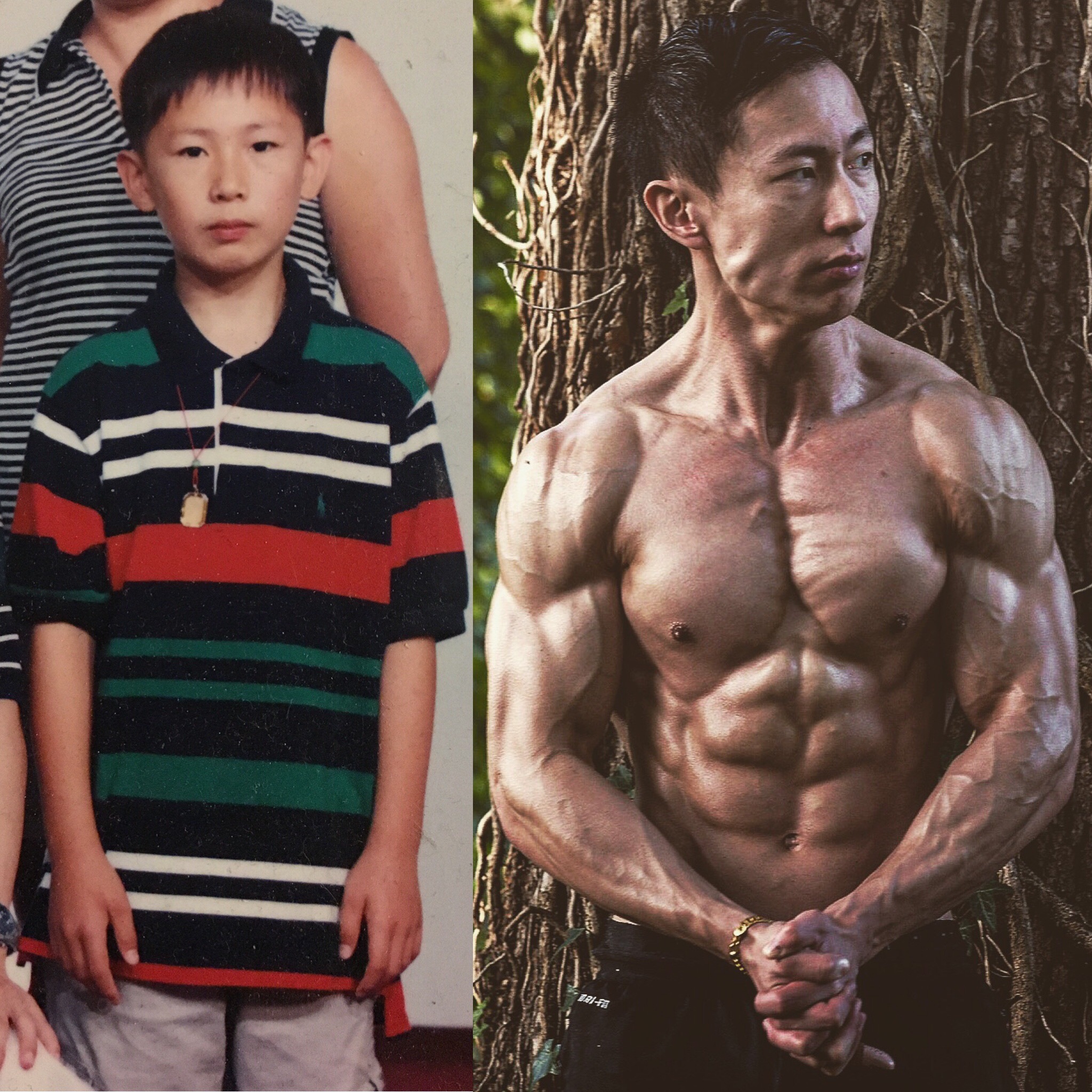 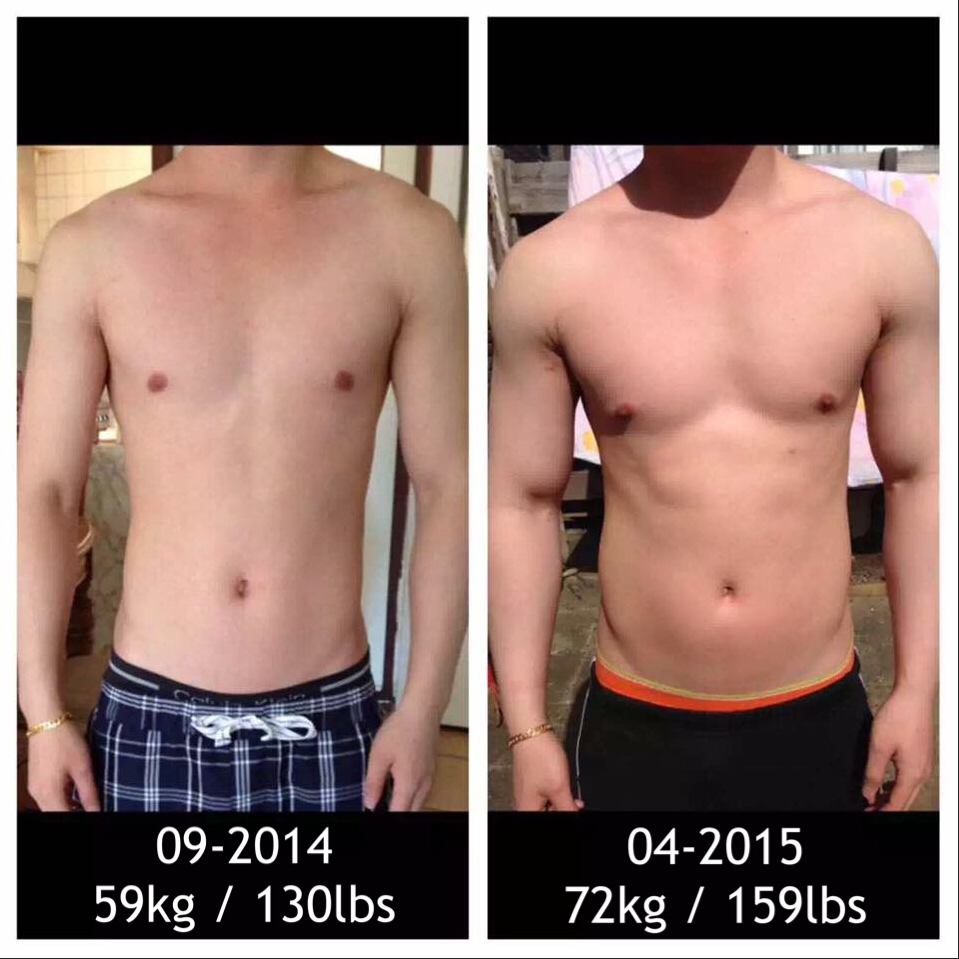 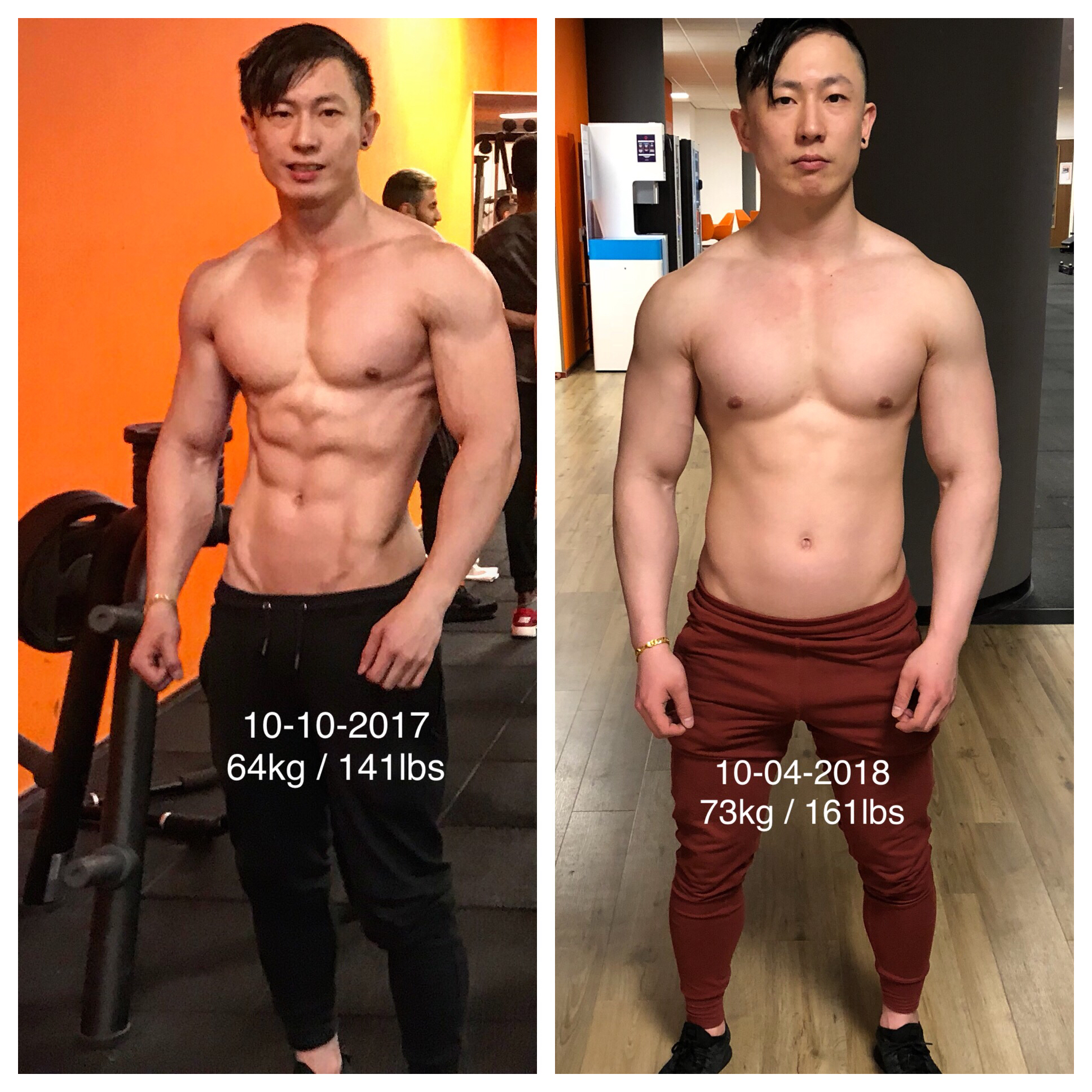 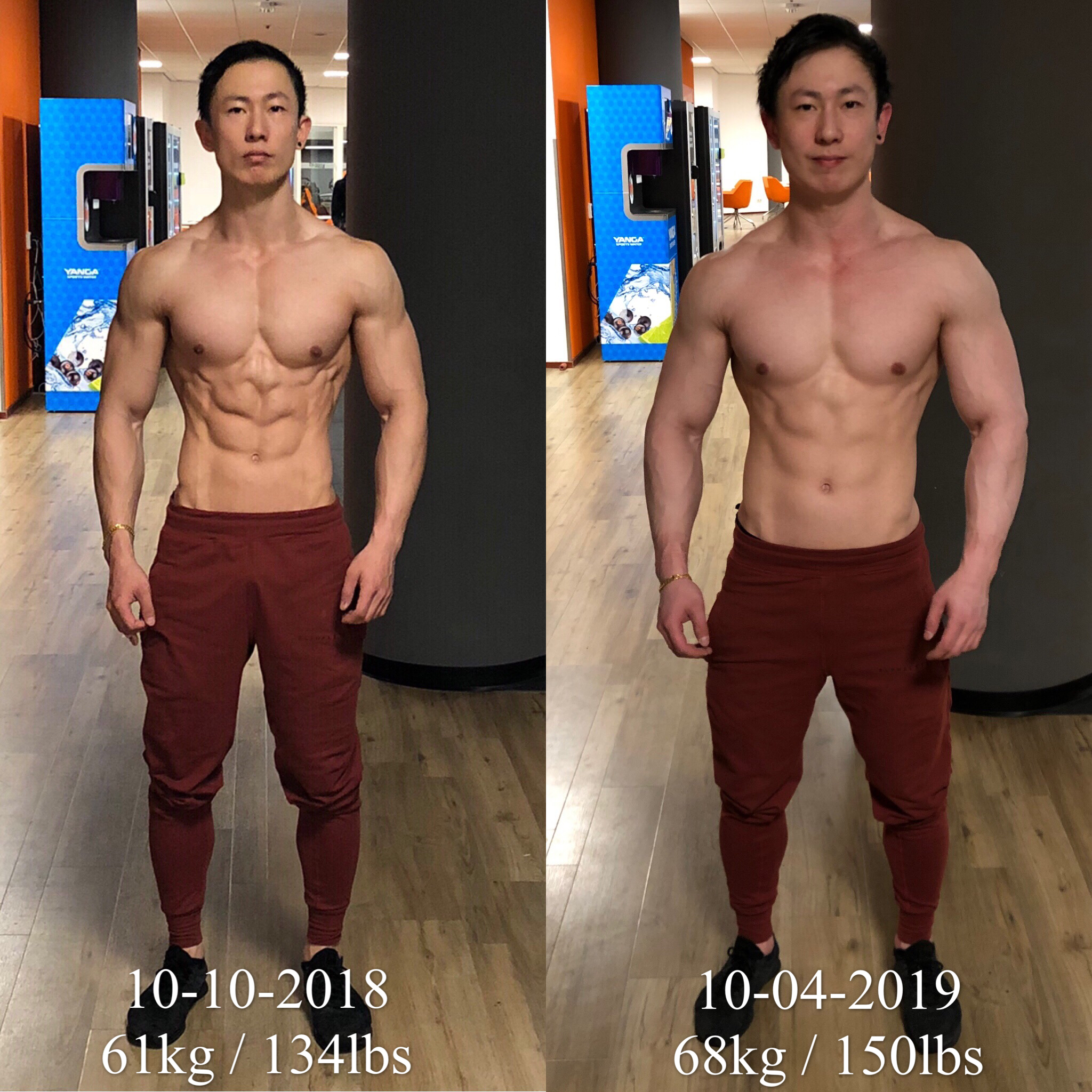 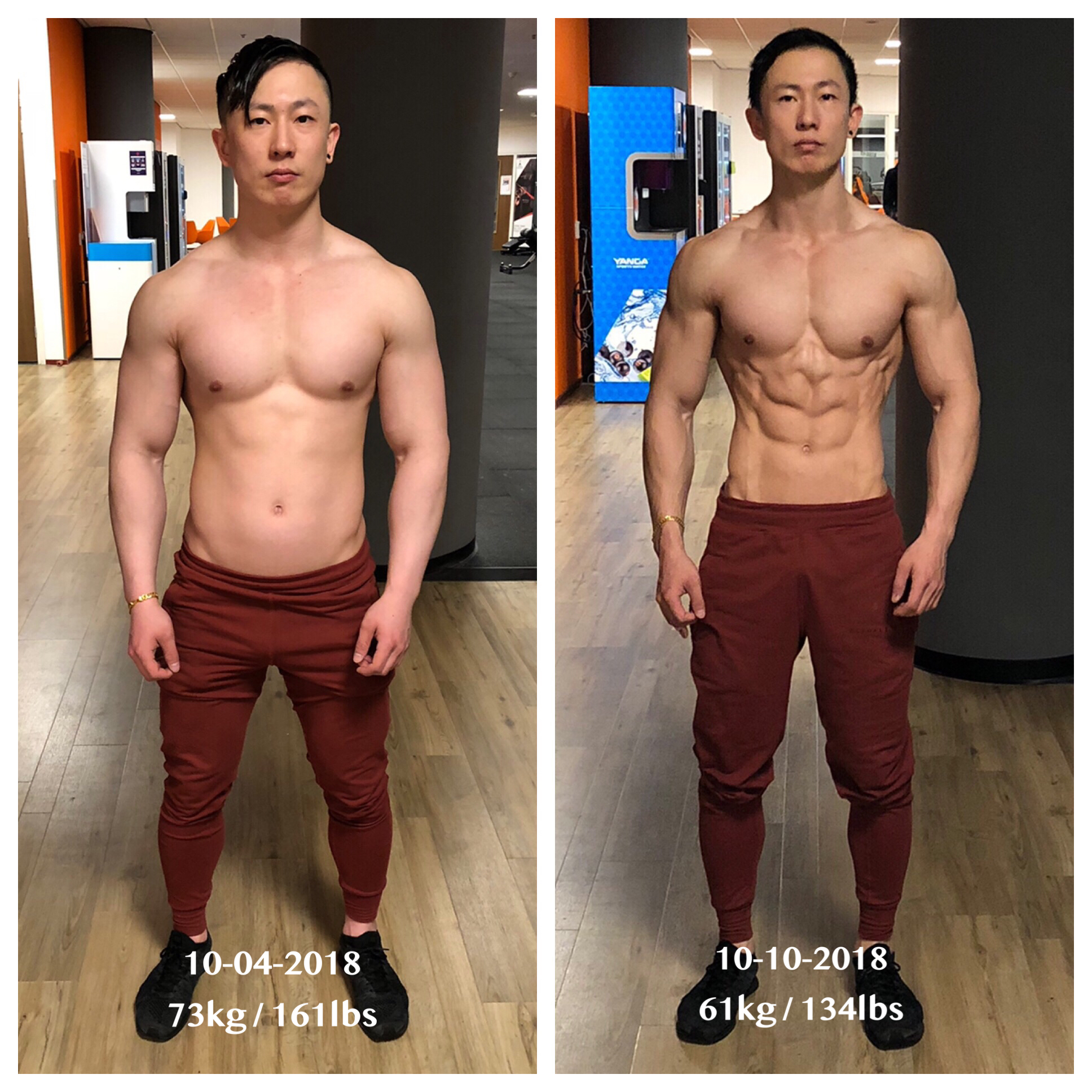 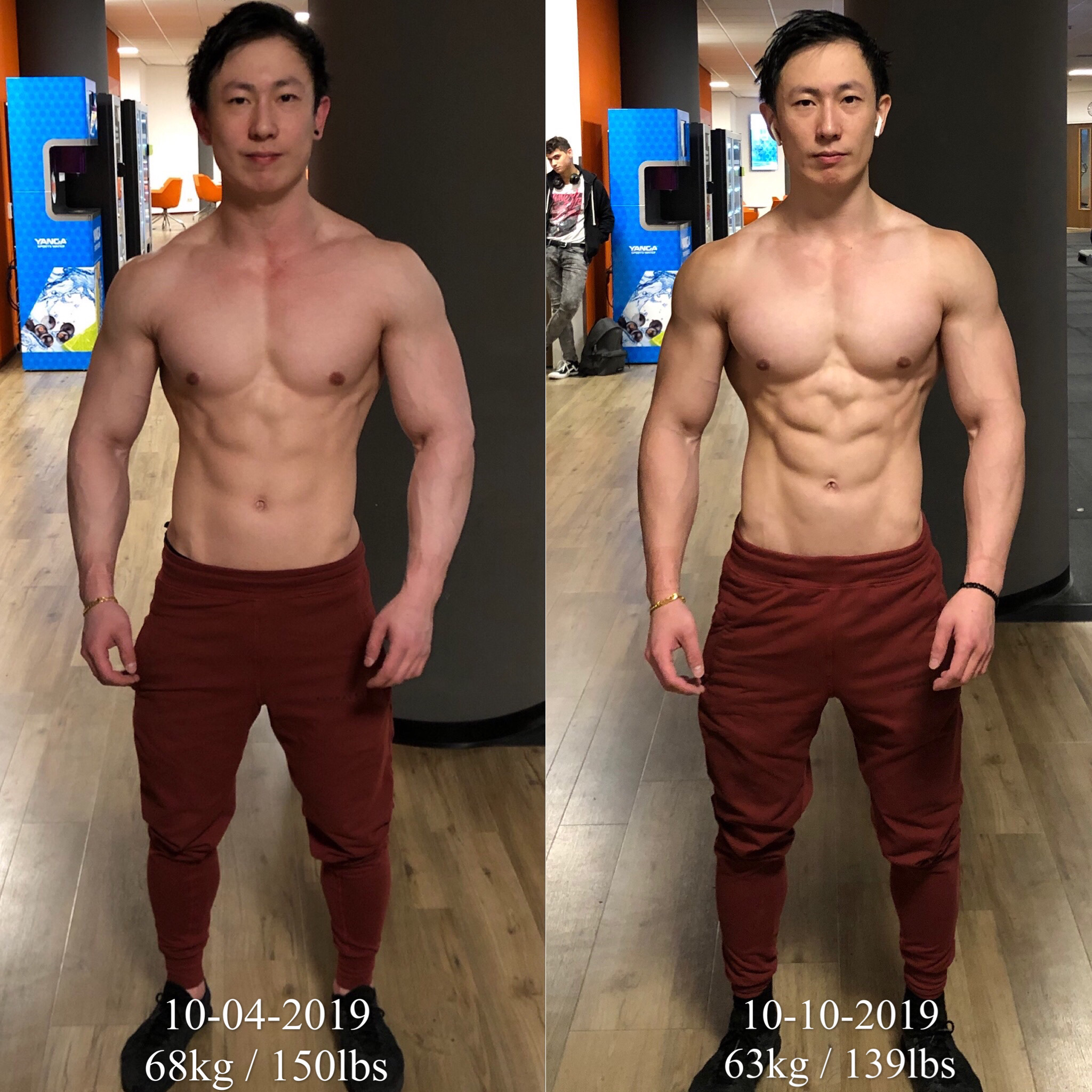 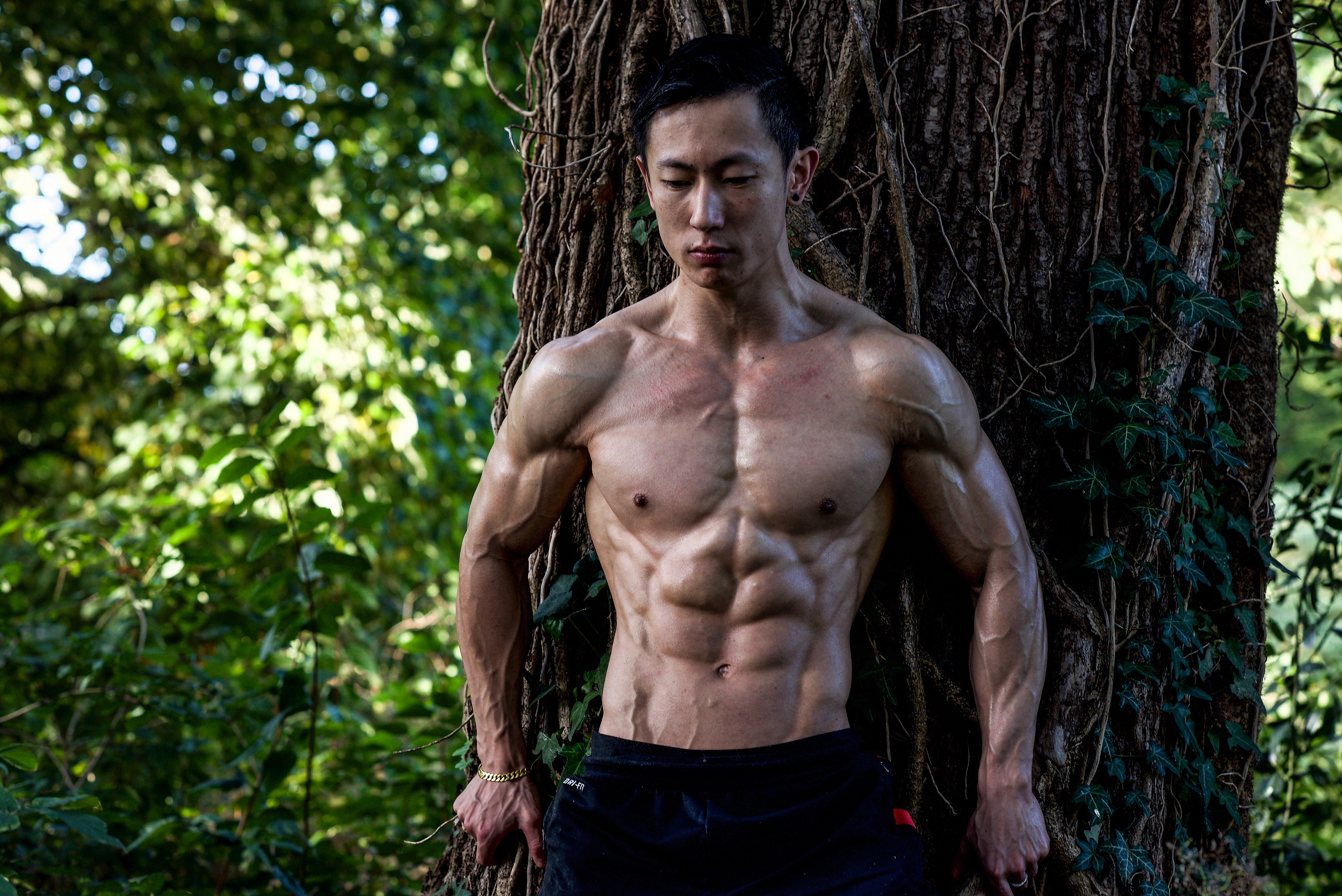 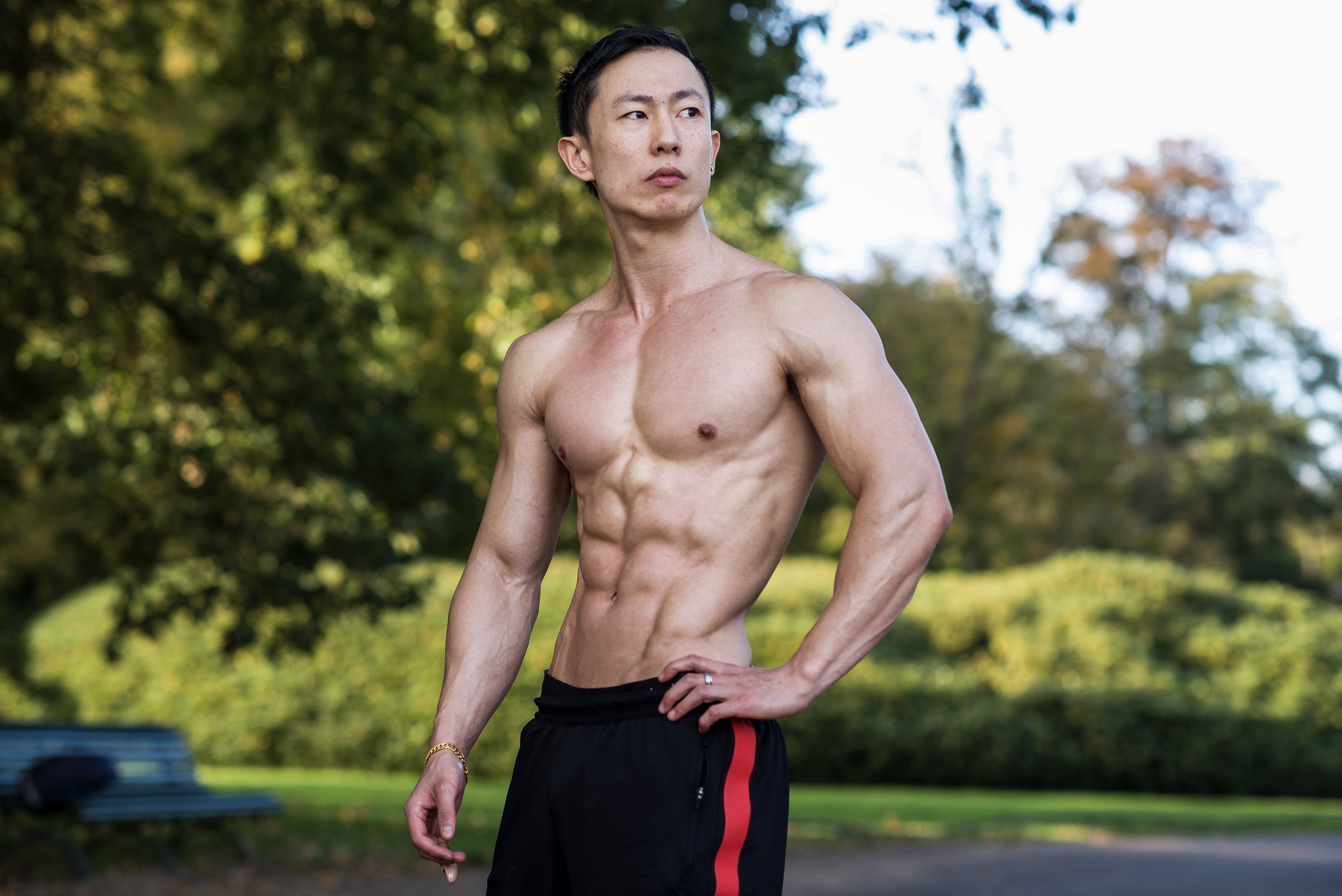